A few days ago, the Jituo High-speed Railway, which is known as the â€œmost beautiful high-speed railway in the Northeastâ€, was officially opened for operation, attracting many visitors to experience it. "The car is worn from the scene, and the people are in the middle of the painting." The Jituo Railway Passenger Dedicated Line passes through the famous scenic spots such as Songhua Lake in the North Pearl, Changbai Mountain in the first mountain of Guandong, Lafa Mountain in the Guandong Mountain, and Hongye Valley in the Weihe River. There are fog, red leaves and â€œlooking at the Three Kingdomsâ€. Such as the unique landscape, beautiful scenery along the way, pleasant scenery, known as "the most beautiful high-speed rail in the Northeast." 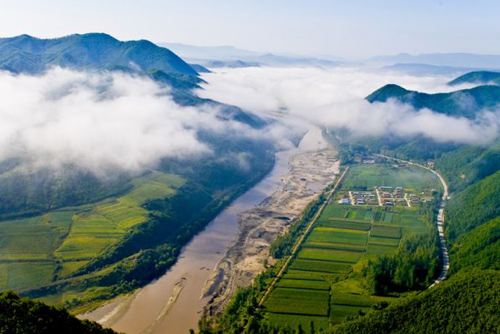 Jituo high-speed railway starts at Jilin Station and finally stops at Hunchun Station, passing through Hexi West Station, Weihuling North Station, Dunhua Station, Dayang South Station, Antuxi Station, Yanji West Station and Tumen North Station. The total length is 359 kilometers. The tunnel ratio is 66%. The train travels in the mountains and sometimes gallops on the river bridge. The same journey is different. The construction of the sites along the way is based on the local folk customs and construction, and the local architectural style is in the same vein. Each site will maximize the energy conservation and environmental protection. The display screens of each site use high-efficiency and energy-saving high-speed LED display from Shanghai Sansi, whether it is passing by. The passengers at the site are still full of local residents and the construction of the high-speed rail stations. To the east, the port of Zarubino, Russia, the port of Rozin, and the port of Busan, South Korea are â€œclose to the distanceâ€; to the west, connected with the Changji high-speed railway and the Changbai railway, like a â€œjad beltâ€ will connect the six countries of Northeast Asia. 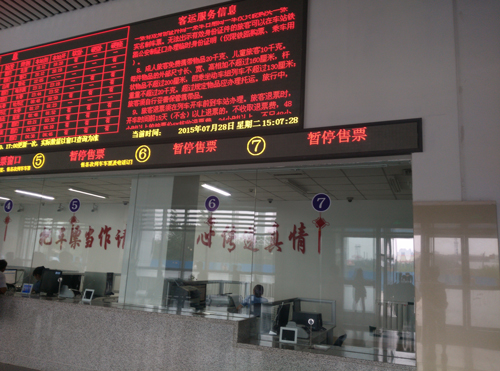 The opening operation of the Jituo high-speed railway will bring new development opportunities along the railway. It not only connects Jilin City, Yanji and Hunchun, but also connects Changchun, Harbin, Shenyang and Beijing to the whole Northeast high-speed railway network, which will drive the comprehensive development of tourism, agricultural and sideline products, catering and other aspects along the railway, even The development of the entire Northeast region has great significance.

The Jituo high-speed rail officially opened for operation, from Zarubino Universal Harbor to Hunchun, then to Changchun, and then to Russia, Europe and other places, is expected to form a Silk Road. This is in line with the passage of Suifenhe to Manzhouli, which Heilongjiang is preparing to build. The passage of Dandong to Shenyang, Fuxin and then to Mongolia will complement each other and connect with each other to promote the development of the Northeast.

It is called "the most beautiful high-speed railway in the Northeast" not only because of the beautiful natural scenery around the line, but also because it will play an important role in the development of the Northeast, with both appearance and connotation. This "most beautiful" name is well deserved. (This article is based on Shanghai Sansi submission)

The Beater Wheel is cantilevered. This unilaterally open construction offers the advantage that all mill parts that are subject to wear are easily accessible and can be replaced within a short period of time. The bearings have to meet stringent requirements. The MB series percussion wheel produced by our company has the characteristics of reliable operation, low price and long service life.