In April, inverter air-conditioner production and sales volume continued to grow. Under the circumstances that the industryâ€™s overall sales and shipments were declining, inverter air conditioners continued to maintain a growth trend, and the percentage was further increased. The proportion of domestic shipments reached 43.7% in the month; 2012 was a cold year ending in April. Inverter air conditioners accounted for about 47% of domestic sales, nearly half. The importance of the frequency conversion market has been self-evident, and the industry leader Gree Electric Appliances has formed a strong product force and brand strength based on the mastery of the core technology of inverter air conditioners and the control of the frequency conversion industry chain. The cold year 2012 ended in April. Gree air-conditioning in the frequency conversion market accounted for 41.52%, nearly double the other home appliance brand.

With the increase of public awareness of energy conservation and environmental protection, and the pursuit of high-quality and comfortable life, the market share of inverter air conditioners will be further expanded, and will eventually replace fixed-frequency air conditioners as the first choice for consumers to purchase air conditioners. On February 14 this year, Gree won the National Science and Technology Progress Award for its â€œResearch and Application of Key Technologies for Inverter Air Conditionersâ€ (including automatic torque control technology, software full-power factor correction technology, single-chip integrated module, and self-constructed inverter compressor). The only award-winning professional air-conditioning company since the award was established.

At the same time, the countryâ€™s production and lifestyle of energy saving and emission reduction in recent years has also promoted the popularity of inverter air conditioners to some extent.

On May 28th, the new round of â€œExecutive Rules for the Promotion of Energy-saving Products and Energy-saving Room Air Conditioners for Energy Saving Productsâ€ was formally introduced. Inverter air conditioners were first included in the subsidy category, which will promote the entire industry to promote the pace of frequency conversion. The rules show that the first- and second-tier energy-efficiency products for inverter air conditioners can enjoy policy subsidies. According to the different cooling capacity, the subsidies will be 240-400 yuan/set. Industry experts pointed out that the subsidy has a significant effect on the performance of companies with large proportion of inverter air conditioners. In particular, such leading enterprises as Gree, this year's performance is bound to have a better performance. Previously, Gree released the first quarterly report in 2012. The report showed that in the first quarter, Gree achieved a total operating income of 20.088 billion yuan, an increase of 16.29%, and a net profit of 1.173 billion yuan, a year-on-year increase of 25.56%. , sit firmly in the domestic appliance industry top spot.

Recently, the â€œCentralized Air-conditioning Purchasing Project for Central Government Organs in 2012-2013â€ â€‹â€‹was announced as a successful bid announcement. Gree Air-Conditioner once again stood out from the fierce competition with its leading technical advantages, excellent product quality, and excellent after-sales service. The excellent performance of â€œFive Packs of All-in-Oneâ€ in household inverters, base station air conditioners, commercial air conditioners, and precision constant temperature and humidity room air conditioners was also the only air-conditioning company that won the â€œGrand Slamâ€ for three consecutive years, again demonstrating that Gree air-conditioning was Absolute lead in quality, technology, service and other fields.

The biggest features of Front Service Led Display is is to save space! For the indoor or mosaic installation structure, the empty space is very small that not convenient for the maintenance. The outdoor front service Led Display is mainly use for front open cabinet, which can greatly reduce the overall thickness of the led display structure, and can not only be well integrated with the surroundings, but also can save the space while ensure the effect. 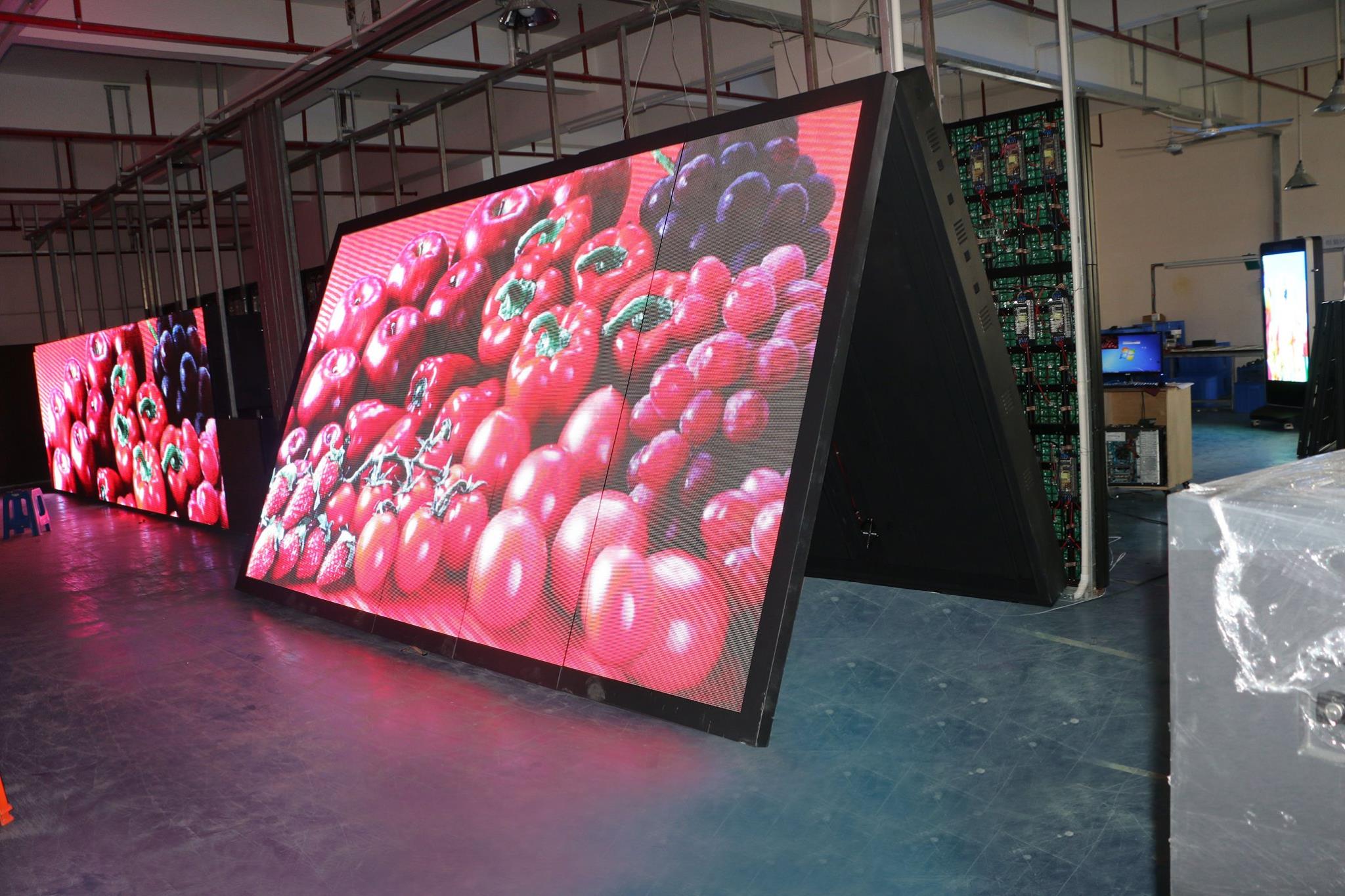