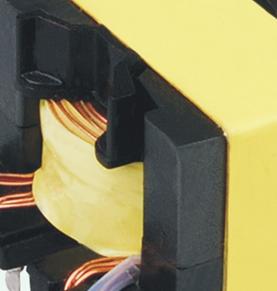 With the increase in investment in power infrastructure construction in recent years, the transformer market has also been activated. At the same time, the demand for smart grid project construction is also stimulating the upgrade and upgrading of a series of power equipment such as transformers. The inverter market will usher in explosive growth.

According to predictions from relevant research institutions, the growth of power stations in emerging countries, economic growth, and electricity demand will push the global power transformer market, which will increase from 10.3 billion U.S. dollars in 2013 to 19.7 billion U.S. dollars in 2020 (about 1191 yuan in 2020). Billion), the compound annual growth rate reached 9.6%.

There are two factors in the growth momentum of the global transformer market. On the one hand, the upgrading of traditional transformers will generate a large market share. The elimination of backward products will promote the effective implementation of bidding and the huge economic benefits will emerge. . On the other hand, R&D, manufacturing, sales, use, and maintenance of energy-saving and intelligent transformers will become mainstream, and new products will inevitably bring new development opportunities to the industry.

In fact, the transformer manufacturing industry relies on investments in downstream power sources, power grids, metallurgy, petrochemicals, railways, and urban construction industries. In recent years, benefited from the rapid development of the national economy, the investment in power supply and power grid construction has been continuously increased, and the market demand for power transmission and distribution equipment has increased significantly. It is expected that the market demand for transformers and other power transmission and distribution equipment in China will continue to be in a relatively long period of time. Maintain a high level.

China is one of the fastest growing markets and has now become the second largest market in the world. Especially in the recent period, the construction of projects such as accelerating the transmission of electricity from the east to the west, mutual supply from north to south, and cross-regional networking has led to the rapid development of the transmission and distribution equipment industry in China. Judging from the current market development, in the next few years, China's transformer manufacturing industry will usher in a sustained and stable period of development.

In the next few years, driven by smart grid construction, UHV construction and grid upgrading, and the development of the power industry, it is expected that the growth rate of power transformers will remain at around 10% during the 12th five-year period.

During the 12th Five-Year Plan period, the State Grid Corporation of China will invest more than 300 billion yuan for the exchange of UHV construction. In 2015, it will form a three-phase, three-horizon, and three-horizontal Sanhua AC UHV synchronous network, with the addition of 38 new UHV substations. The capacity of 260 million kVA, the new UHV AC line 26,000 kilometers; the development of 15 DC projects, the total converter capacity 230 million kilowatts, the line length of 25,000 kilometers.

Transformer as a power transmission industry's necessary transmission and distribution equipment, its demand and the size of electric power network investment is closely related. In recent years, the rapid development of the new energy power generation industry has brought about a better development space for transformers, and has also become an important direction for transformer manufacturers to seize market segments and expand business scope. At the same time, it also promoted the optimization of transformer product structure and technological innovation.