Beijing time on August 6, 2016 Defcon CTF officially ushered in the global finals in Las Vegas. The Chinese team b1o0p and HITCON will face multiple international top teams including DEFKOR and PPP. The schedule will last 52 hours.

In 2015, three teams from China, blue-lotus, 0ops, and HITCON, scored 4-6. This year, blue-lotus and 0ops will form a b1o0p joint team, which will be even stronger. They will team up with the HITCON team to compete against world-class players. 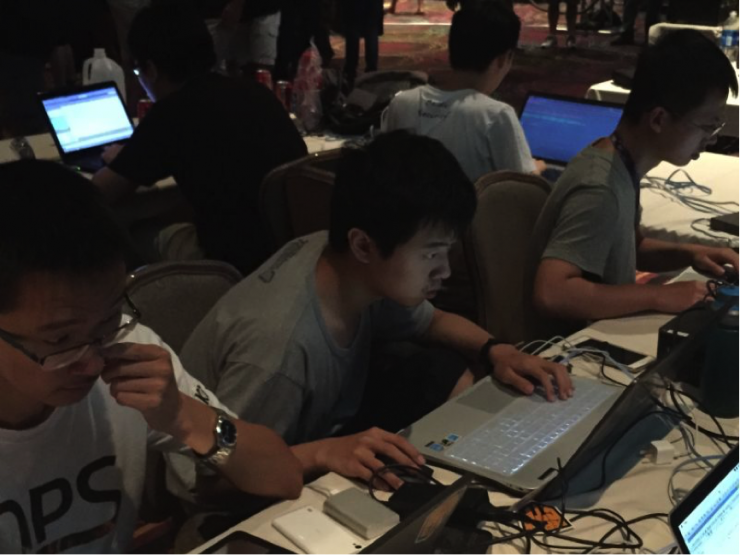 It is worth noting that this year the b1o0p joint team has invited the Cohen Laboratories and the Xuanwu laboratory researchers of the Tencent Security Joint Laboratory to join. At the just-concluded BlackHat USA 2016 (United States Black Hat Conference), Cohen Laboratories won the "Global Hacking Academy Award" Pwnie Awards for "Best Privilege Escalation Vulnerability Award" for its two research results, and Yu Xuan, the head of the Xuanwu Laboratory. It is also the only team and individual selected in Asia for the â€œmost innovative research awardâ€ nomination based on a research result. At this Defcon conference, three Cohen laboratories will also be invited to publish the theme "Escaping The Sandbox By Not Breaking It" at 10:00 am (America time) on August 7 (without sabotaging the sandbox.) (Escape the sandbox).

Every second counts and fights for the glory of the country

To outsiders, full screen is a hacking game of code, full of mystery and a bit boring. But in those who have experienced the Defcon CTF competition, this is completely an event no less than the World Cup. Everyone needs to be fully involved in mental, physical and teamwork. The difference is that "Football" is replaced with an attack code. In the CTF, you must score network exploits to attack opponent services to score. CTF players can also avoid missing points by fixing their own service flaws.

Due to the importance of the events on a global scale, each participating team not only needs to reflect the team's own technical strength through scoring and ranking, but also expect to win honors for the country. In 2015, the Defcon CTF finals, after 52 days of "marathon" competition over three days and two nights, eventually the DEFKOR team built by Korea through the nationwide BoB white-hat training program defeated two geniuses named geohot and ricky. The two-time defending champion PPP team of hackers finally won eight Defcon Black Badge, which symbolized honor. The three Chinese teams have historically occupied 4-6 positions based on their experience in various competitions in recent years.

Theoretically speaking, with the participation of top domestic security researchers such as Cohen Lab members, the competitive strength of the b1o0p united team this year has increased dramatically compared with previous years. What the Chinese team will achieve on the Defcon CTF has also attracted Chinese attention.

It is reported that the Cohen Laboratory under the Tencent Security Joint Laboratory is well-known within the domestic security circle. The lab mainly focuses on the research and development of leading-edge security offensive and defensive technologies for mainstream operating systems, Internet and mobile Internet applications, cloud computing technologies, and IoT devices on an international scale. The team members have a brilliant resume. During the 2013-2016 period, they participated in the international top hacking contest Pwn2Own for four consecutive years and won eight individual championships. In 2016, they teamed up with the computer butler team to break through the Apple Safari browser in only 5 seconds. Received Root privileges and successfully obtained full points for the project, and won the first Master of Pwn title in the Pwn2Own contest.

By continuously participating in top international competitions and exporting research results, Chinaâ€™s Internet security is increasingly gaining influence and status in the world. The current Defcon CTF, in the confrontation with the world's top players, regardless of whether the b1o0p successful crown, have shown the overall strength of the Chinese army.