With China Unicom announced that it will launch TD-LTE on March 18, the three major domestic operators will officially enter the era of 4G competition. However, due to the timing of the issuance of LTE FDD licenses, the mentality of the three companies is also different. China Mobile hopes to take the opportunity to establish an advantage, while China Unicom and China Telecom are suffering from the arrival of LTE FDD. 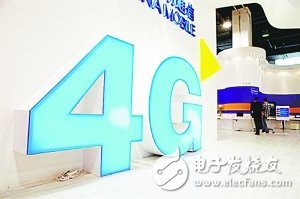 Sha Yuejia, vice president of China Mobile Communications Corporation, pointed out that since the ushered in 4G in 2014, China's communications industry is entering a new era. As the operator with the world's first network and user scale, China Mobile took the lead in launching 4G business and commercialization at the end of last year, and actively plans to deploy 500,000 TD-LTE base stations in 2014, which is equivalent to the total number of global TD-LTE base stations. 60%. By the end of 2014, it will cover more than 340 cities.

In terms of terminals, China Mobile will unite the strength of all parties in the industry to increase terminal sales. It is estimated that China Mobile's terminal sales will reach 200 million units this year, of which 4G terminals will reach more than 100 million units. At the same time, China Mobile also plans to push the cost reduction of 4G terminals, and plans to launch more 100-150 US dollars low-cost 5 analog 10 frequency 4G intelligent terminals during the year.

Not long ago, China Unicom just said that it will conduct commercial TD-LTE on March 18, but its focus is still on LTE FDD. Lu Yimin, general manager of China Unicom, pointed out that China Unicom has actively deployed 4G network development throughout the country after obtaining the TD-LTE license last year. However, because it is impossible to develop TD network on a large scale, China Unicom's 4G construction is mainly based on LTE FDD. And hope that the government can issue LTE FDD licenses earlier this year.

China Telecom has repeatedly stated that it will adopt a hybrid network of FDD-LTE and TD-LTE to form a 4G network. It plans to invest more than 45 billion yuan in 2014, plus 10 billion yuan last year. The total investment in 4G will exceed 55 billion yuan.

The different attitudes shown by the three operators are actually different in their respective network standards. In fact, in order to change China Mobile's unique situation in the 2G era, China Unicom and China Telecom introduced two mature networks from abroad to make up the gap. China Mobile adopts the self-developed TD-SCDMA network. After several years of development, the three-legged structure has gradually formed.

However, while balancing the market structure, the state is also striving to push its own R&D standards to the international market, and China Mobile naturally assumes the role of independent innovation. Since TD-SCDMA started late and could not be compared with the international mature 3G network, China Mobile has used it in its own research and development of TD-LTE. With TD-LTE and LTE FDD becoming the two international standards at the same time, China naturally hopes that TD-LTE will start first.

Looking at China Unicom, its WCDMA network benefits from its innate advantage. In the 3G era, many Chinese mobile users have been taken away, and the network can be smoothly upgraded to the LTE FDD network. Therefore, China Unicom undoubtedly hopes for FDD licenses. Issued as soon as possible.

China Telecom's 2G and 3G standards are neither compatible with TDD-LTE nor smooth upgrades to LTE FDD, and the situation is the most embarrassing. Therefore, a way of converging networking is proposed.

According to the operating data released by the three major operators in January this year, China Mobile's 3G subscribers have seen radical growth, with the number of new users reaching 14.263 million, and China Unicom's new 3G subscribers 3.869 million. Still in a steady and small growth phase. China Telecom is the most affected, with only 3 million new users added to its 3G. Obviously, China Mobile's data has greatly stimulated China Unicom and China Telecom, which will make these two operators more urgent for the arrival of LTE FDD.

The tariff reduction is the focus

Regardless of the attitude of the three major operators, for consumers, the most concerned is the 4G tariff. In response to this problem, Miao, Minister of the Ministry of Industry and Information Technology, said that the current 4G tariff is indeed high, and urged telecom operators to consider the expectations of the people. In the end, it is still necessary to encourage competition and let operators reduce the tariff.

China Mobile Chairman Qi Guohua also claimed that users generally reflect that 4G is fast but the tariff is too high. At present, China Mobile is further optimizing the tariff package, and the future tariff will further decline.

The Beijing Business Daily reporter recently learned from China Mobile Beijing that the company has launched two services, â€œDiligence Reminderâ€ and â€œDouble Cappingâ€, in response to usersâ€™ concerns about tariffs. Among them, the â€œdiligence reminderâ€ service will have corresponding SMS reminders when the user uses the traffic to reach 50% of the package, the package traffic is exhausted, the super package 100MB, and the super package 500MB. The "double capping" is when the user's package has a traffic fee of 500 yuan, and the traffic fee is suspended. The user can continue to use the traffic service to 1500MB, and the system will turn off the current month function.

In fact, from the perspective of the existing 4G package, it is almost the same as 3G. However, consumers habitually believe that the traffic used in the 4G era is definitely far greater than the 3G era, so 4G packages cannot simply be compared with 3G packages.