Jingdong exhibited two delivery drones at CES Asia, once again setting off the industry's desire for heavy-duty, long-haul drones. The person in charge of Jingdong said that he hopes that this drone can fly 30 kilometers with a 30-kilogram package (the painful Amazon 80 seconds!).

Why did Jingdong launch the delivery drone, causing the industry to shake? Unlike the consumer-grade market, there is no explosive exponential growth in the domestic industrial-grade UAV market. It is understood that the application of industrial-grade UAVs in different segments of power, security, agriculture, forest fire prevention, and police use has steadily increased, and the overall situation is in the accumulation stage before the outbreak. At the same time, the fiery heat of the consumer drone market has increased the visibility of drones in different application fields, which has promoted the promotion of drones in the industrial market to a certain extent.

Long flight time and heavy load are the key

As we all know, the drone as a platform can not only achieve entertainment purposes such as aerial photography, but more importantly, it can carry different tasks to complete tasks. Unmanned opportunities are increasingly integrated with the industry, including effective integration in the fields of surveying, agriculture, electricity, etc., and gradually become a tool in the solution, rather than relying on a flight platform, it can play a greater value. . Take agriculture as an example for explanation. For example, if precision agriculture uses high-spectrum and multi-spectral data for farmland analysis and rich database resources, the conclusions will be valuable for pests, use effects, growth analysis, and estimation of production. It is only at the level of agricultural plant protection drones where pesticides are sprayed. At present, industrial-grade drones are not only widely used in agriculture, but also serve people in all aspects of power line inspection, police security, and express delivery.

However, the current industrial-grade UAVs are numerous, oily and electric; there are many rotors and helicopters. Industrial-grade drones are expected to achieve long-haul and heavy loads in terms of battery life and load capacity due to the need to carry the corresponding equipment to perform different tasks.

From a technical perspective, the difference between industrial and consumer drones will become more apparent. Consumer products have enough customer usage, which will promote their technology to develop faster, and at the same time, the development of industrial-grade drone technology. In fact, the domestic drone industry is now difficult to distinguish between industrial and consumer drone products, and multi-rotor drones have gradually turned into high-end adult toys with aerial photography functions, but even so, it has boosted the industry's development. .

Ai Wei, chairman of Aite, said that the most important thing for industrial-grade drones is practical, stable, and safe, rather than looking at the value. Long flight time and heavy load are the dreams pursued by aviation people. Due to the limitation of the energy density of the electric drone battery, the drone powered by the lithium battery has almost no solution in extending the battery life. Therefore, there are many drone companies that are committed to deep-growing in industry applications, and in addition to develop other power, or use oil, or use hybrid power. Aite's hybrid multi-rotor drone is said to carry a load of 15KG and a battery life of up to 1 hour and 30 minutes. The Corbett HYDrone-1800, which was said to have been flying and crying, used a hydrogen fuel cell. The battery life reached an astonishing 273 minutes, 4 hours and 33 minutes! The agricultural plant protection drone of Liaoning Zhuanglong can bear the commercial load of 60kg, and the life time can be up to 4 hours. It can be seen that drone companies that focus on industrial applications have come to understand that industrial-grade drones can't be just a shelf, and being able to do real things is the last word.

The interface is not unified, and the device is still universal.

However, there are still shortcomings in the UAVs currently used in the industry. The equipments are too single and the interfaces are not universal. Xu Jing, consultant of Hawkeye UAV Company, said that the equipment interface of domestic industrial-grade UAVs is still too single to meet industry applications. For example, if a police drone is to continue to play a role in public security work, it must meet two requirements. First, it must be able to meet the needs of daily police applications. This is the key to determining the vitality of police drones. Imagine that if a grass-roots police station is dealing with various police situations, his first reaction will not be done. First, the police drone will be lifted up and sent out for a lap, then the vitality of the drone will be reflected. Out. Second, it must be able to cope with and deal with emergencies. With the slowdown of the economic situation and the accumulation of social contradictions, emergencies represented by mass incidents have occurred from time to time. In particular, the anti-terrorism situation in Xinjiang is still complicated and has a tendency to spread to the interior. In this social context, as a maintenance An important force for national stability, the equipment of the public security organs must be able to cope with these sudden and horrific events at any time. As a new member of the police equipment, the police drone must have the ability to respond to emergencies, in order to meet the actual needs of the police in the current social situation. The requirements of the public security organs for such equipment are that they can fight and win.

This requires industrial drones not only to carry a single mission load, but many industries need to integrate a variety of drone models, can carry different tasks, handle different information in one unmanned aerial vehicle system, in terms of police use The multi-tasking drone can handle the daily policing needs well, and can respond to sudden and horrific events at critical times. It is a truly practical drone. 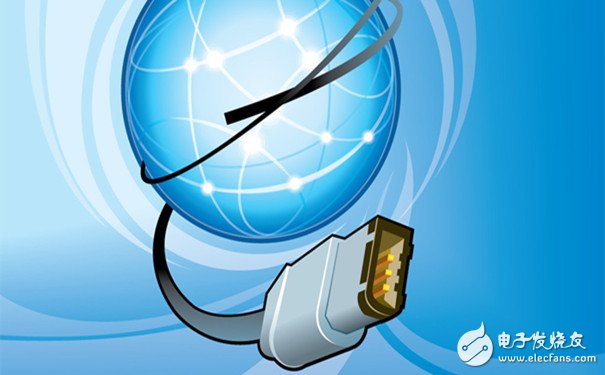 UAV device interface to be unified

This in turn involves the problem that the device interfaces of industrial drones are not unified. Different devices require different interfaces and task integration managers. At present, each drone manufacturer is still in a separate position, and there is no unified standard landing. If the industrial-grade UAV can be equipped with an interface in the future (just like the data line interface standard of Android mobile phones now), it can be used universally, and at the same time, it can be as convenient as converting a microscope lens when converting the task manager (it is said that it has been produced quickly). Converting the application module's drones can not only greatly improve the utilization of industrial-grade drones, but also expand the range of applications of drones in various fields.

The prospects are clear, but there are many constraints

For the future industrial application prospects of drones, the largest volume is definitely agriculture, but when it will break out, there are both policy and technical factors, and it is difficult to draw conclusions. The UAV application in the field of surveying and mapping has shown an overall growth trend, and the application of the oil and gas industry should come to the fore, surpassing the power industry that is now blooming everywhere. The application of drones in various industries is receiving more and more attention.

At present, factors that restrict the outbreak of industrial-grade markets, in addition to the lack of a certain understanding of the application of drones in downstream industries, there are other factors. For example, sales channels are scarce. Although many companies are in the forefront of the industry, the product range is complete, the aircraft cost-effective, but the lack of sales channels and network, can not enter the procurement catalogue of the government or large enterprises in certain industries, so that large-scale sales can not be carried out. For another example, the product is single and the technology accumulation is weak. At present, the four-axis multi-rotor is the most widely used aircraft, but if the enterprise has only one type of four-axis multi-rotor, it will be trapped in the four-axis without power redundancy. If any one of the oars is broken, the aircraft will fall. There are certain risks in the application of the industrial field, so there are certain restrictions on the scope of application.

Regulations to be improved

Taking the police industry mentioned above, Liu Daolin, deputy director of the Police Aviation Management Office of the Ministry of Public Security, introduced that 28 police aviation fleets have been established in 18 provinces across the country, with a total of 47 helicopters. AC311, 312 and foreign helicopters. At the same time as the number increases, the scope of application of police helicopters is also expanding, including anti-terrorism and anti-riot, anti-drug and anti-drug, traffic diversion, fire rescue, search patrol and so on. However, he also admitted that even though the current police drones are booming, China currently faces many problems in the construction of police air fleets, low actual combat capability, unregulated management, and imperfect security systems, especially now. There are less than 10% of the mission coverage of the aviation team, and there is an imbalance in development. Moreover, most cities in the country have not yet established a police aviation team, which is not compatible with the complex social security environment.

At the same time, the industry's application of drones is also facing imperfect domestic regulatory systems, including the failure of industry standards, airworthiness certification management, management of practitioners, and lack of relevant laws. These have become the roadblocks for the explosion of the industrial-grade drone market.

Summary: Although the road ahead is long, industrial-grade UAV companies have broken through technical bottlenecks, extended navigation time, increased load, unified equipment interfaces, and accelerated research and development of integrated application modules. Relevant management departments have formulated industry standards and improved relevant legislation as soon as possible. The spring of industrial drones is only a matter of time. 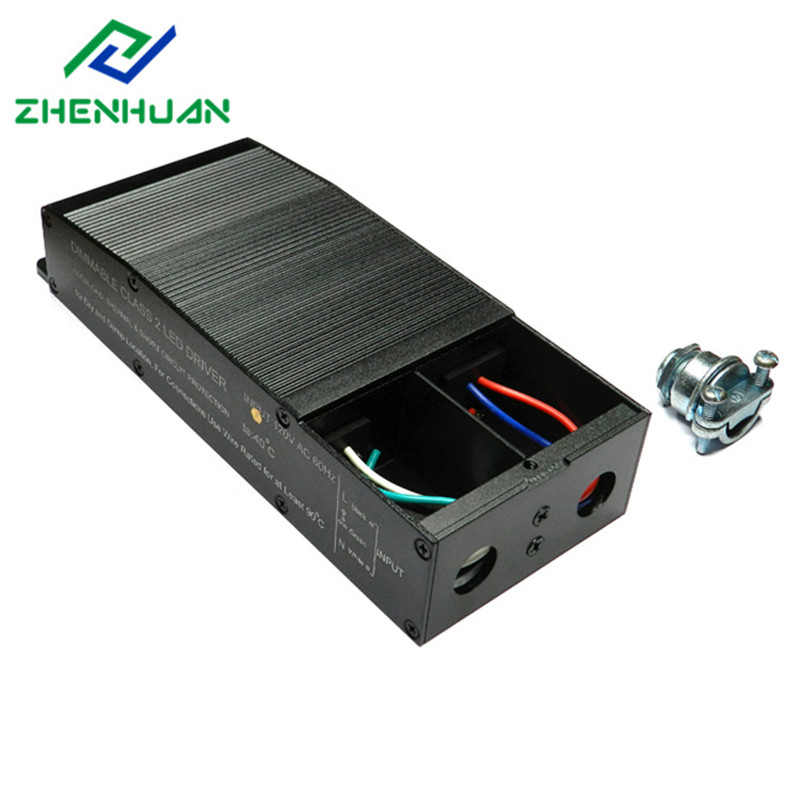