In response to the rise in demand for mobile payments, Samsung's latest flagship smartphone, Note7, has included iris recognition as a standard feature, which is expected to drive other brands to launch hardware arms races for related specifications. According to the latest research report, facial and iris recognition functions will gradually become popular in mobile devices. It is estimated that there will be 400 million mobile devices equipped with infrared light sensor in 2020, when infrared LEDs are recognized on the face and iris. The application's output value will reach 250 million US dollars, becoming one of the most potential applications of infrared LED.

Infrared LEDs (IR LEDs) have a long history of development and their applications are everywhere in life. As mobile phones and wearable devices gradually introduce bio-sensing, even biometric functions, and IR LEDs can be combined with applications such as the Internet of Things, the future market has considerable growth potential. 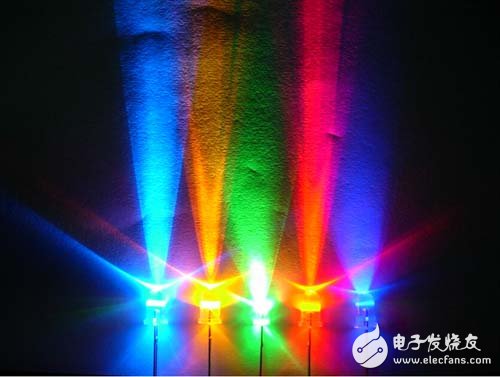 In fact, the ordinary IR LED is similar in appearance to a general visible LED, which is an infrared ray. The tube pressure is generally reduced by about 1.4v, and the operating current is generally less than 20mA. In order to adapt to different operating voltages, a series of finite current resistors are often found in the loop. There are two ways to transmit and receive infrared rays, one is direct type, and the other is reflective. Direct-type refers to the light-emitting tube and the receiving tube are relatively placed at the two ends of the emission and the controlled object, and the distance between them is a certain distance; the reflective-type light-emitting tube and the receiving tube are juxtaposed together, and the receiving tube is always without illumination, only the infrared light emitted from the luminous tube When the light encounters the reflector, the receiving tube receives the reflected infrared light to work.

LEDinside estimates that by 2020, the output value of IR LED (excluding sensors) will reach 710 million US dollars (about 4.71 billion yuan), with a compound annual growth rate of 24%, becoming the new blue ocean of LED manufacturers.

Among them, the technology of IR LED is relatively mature, and the profit is relatively stable. With the rise of a variety of emerging applications, infrared LED applications have become the focus of LED manufacturers.

Traditional IR LED applications are around our lives. Whether it is the faucet that automatically senses the water supply when washing hands, or the remote control that turns on and regulates the TV or air conditioner, or even the infrared camera that shoots evidence of crime in the alley, is the application range of IRLED.

With the rise of modern Internet of Things, biometrics, and wearable devices, various sensor and image recognition technologies are becoming more and more important. The application characteristics of IR LEDs have become important auxiliary light sources. And after combining the sensing device and the identification technology, it can be applied to special applications such as iris recognition and face recognition. Or it can be applied to the biosensor of the wearable device, which can quantify the physiological state of the human body and become a new tool for health management.

With the maturity of these new application technologies, IR LEDs have enormous market growth potential. LEDinside estimates that by 2020, the output value of IRLED (excluding sensors) will reach 710 million US dollars, and the compound annual growth rate will reach 24%, becoming the new blue ocean of LED manufacturers.

The foreign report also shows that the infrared LED market will grow at a compound annual growth rate of 8% during the period 2014-2015. Its growth is mainly due to the steady growth of mechanical products, CCTV high-power infrared LEDs and smoke detectors.

Among them, the Asia-Pacific region accounted for 69% of infrared revenues during the period 2014-2020 (based on local product shipments). The proportion of revenues for different applications will also be different. In the field of consumer applications, remote control of low-cost launch tubes will lead the market, and the Asia-Pacific region will dominate. In addition, CCTV cameras and smoke detectors have a wider market in Western countries, especially Europe.

For infrared LEDs, not only does the market have a lot of room for growth, but its current gross profit is also very high. In this regard, Xie Mingxun, deputy director of Jingdian R&D Center, also said that IR LED is a niche market. Although the demand is not large but the profit is better, in the case of IR LED, the price of a single LED is about the same size as the blue LED of the same size. 16 times.

In the field of security monitoring, in addition to the network surveillance cameras using IR 850 nm, 940 nm LEDs, and the Night Vision system installed in the car headlights, the driving field of view can reach 150 to 200 meters. It is also clearer. The night vision system is the largest demand for IR LEDs, and this OSRAM has always been in the leading position in the industry.

In addition, for iris recognition applications that require special wavelengths, IR 810 nm LEDs are generally compatible, which is quite competitive.

When choosing wear parts and spare parts for your crush, think long-term. Our parts help keep your crusher working at peak performance because they are made to fit and function for just that.
The highest possible wear life is combined with mechanical reliability through the component life cycle. As production stops are very expensive, the manganese gyratory crusher wears are easy and quick to install.