Electric Hydrofoil Propulsion System is a powerful Underwater Jet system, Application to hydrofoil , surfboard,small fishing boats ,Even you can use it for diving booster.  Our Electric hyrdofoil propulsion system is a Tunnel Jet type propulsion system. With the protective shield  on both side, these type design can keep the propeller safe ,avoid Accidental inhalation of the grass, fishes. High efficiency brushless motor with the propeller get the lower working current and long continuouse working time. This is quite different of our proulsion system to compare with other oridinary tunnel jet systems. We use the boat ESC as the controller ,and it is only 150A , we controled  our tunnel jet engin working with lowercurrent .reduce the cost and improve the system life. economy for maintenance and repair.The system shell made by Aluminium Alloy 6061,light weight, small size but powerfull thrust. 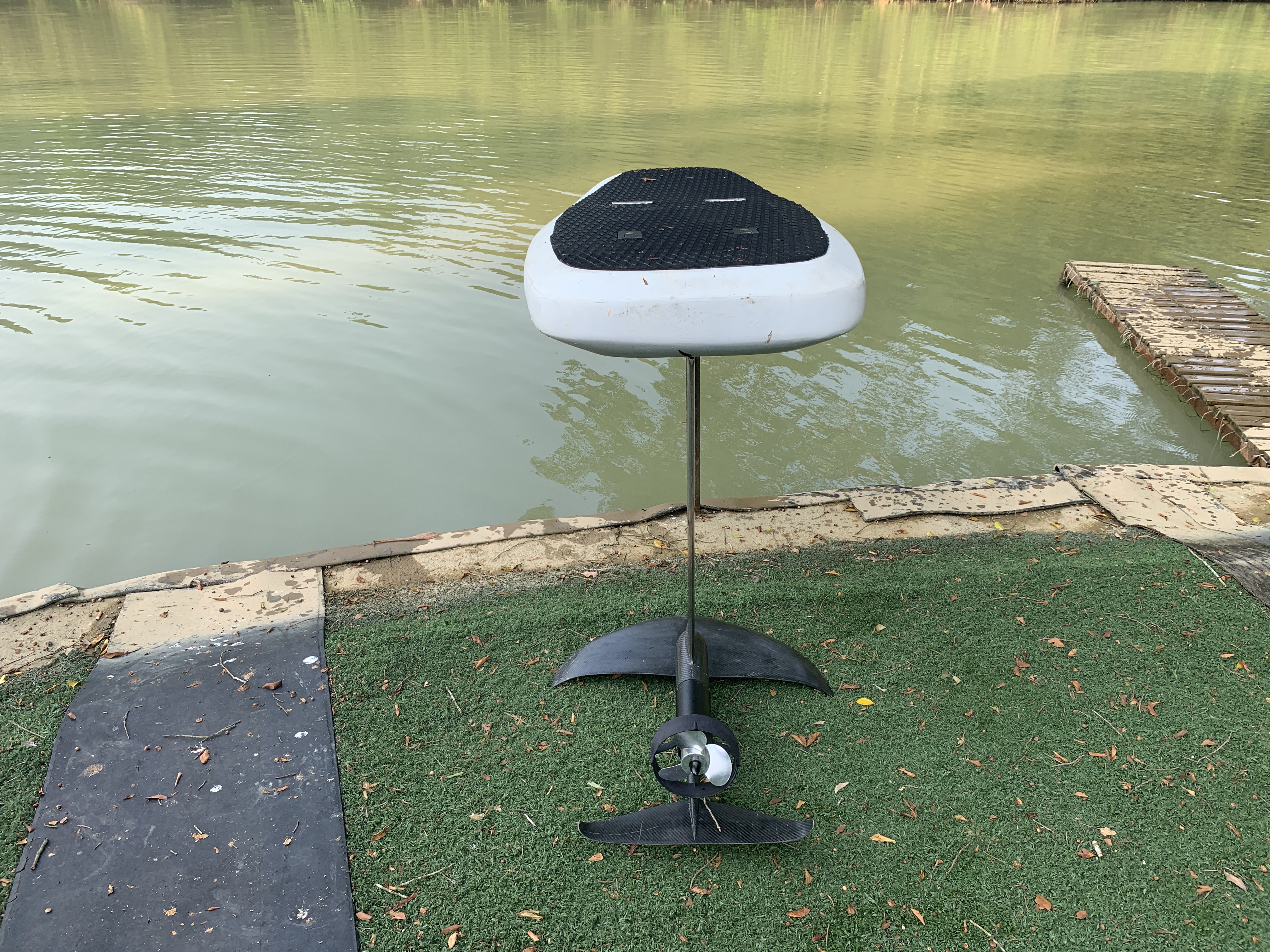