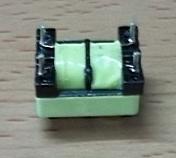 Starting from 2010, the LED industry can be said to have experienced the highest peak of development, but it has been for many years. The entire industry is flooded with numerous inferior products and the market is chaotic. It has entered a very severe period of reshuffle, which is also a market adjustment process for the industry. The rapid development of LED lighting will also drive the development of related industries, such as the development of LED power supplies.

In just a few years, Chinaâ€™s LED industry has fused many funds, and companies have continued to rise. After a period of rapid development, they are currently faced with difficult business situations. In this yearâ€™s industry search, The most common keywords are business failures and industry reshuffles.

At present, the overall upstream investment growth rate has dropped to the lowest level of 10%, whereas the downstream packaging has increased by 30% compared to the same period of last year. There has been a significant drop in investment in upstream chip overcapacity, and some of them have even predicted that there will be no Thirty chip manufacturers continue to operate.

However, for the industry, it also has its advantages. At least under the premise of ensuring quality, the price of LED lamps has greatly decreased, and it has taken a small step with the acceptance of ordinary consumers. However, as the market matures, the technical requirements for the lamps and lanterns will also be higher and higher. Therefore, in the development of LED products in our country, it is more necessary to maintain innovation and effectively promote the development of China's LED industry.

As the heat of the LED lighting market has rapidly increased, the 17th Guangzhou International Lighting Fair recently held attracted more than 2,600 Chinese and foreign companies to exhibit, making it the world's largest lighting exhibition. This year's Guangzhou International Lighting Fair, not only the largest exhibitor Philips Lighting, but also the international lighting exhibition also invited a large number of LED power driver manufacturers. Dongguan Guanguan LED Switching Power Supply, as a famous LED power supply manufacturer in Dongguan, was fortunate to participate in this exhibition and was highly praised by LED lighting manufacturers.

The exhibition area and the scale of exhibits at Guangzhou International Lighting Exhibition have exceeded the past, and the cityâ€™s landscape, roads, offices, industry, commerce and home furnishing markets have also introduced innovative integrated LED lighting solutions tailored to the specific needs of local customers. Program.

Marcde Jong, CEO of Philips Lighting Professional Lighting Solutions Business Unit, said that in the future, the Asian LED lighting market is expected to grow by 70%-80%. Compared with the rest of the world, China is applying LED technology and products faster. In this context, good cooperation among relevant regulatory agencies, industry associations, and lighting companies is particularly important for the healthy development of the LED lighting industry. According to Liang Hanfeng, president of Philips Lighting's Greater China Region, Philips continues to increase investment and support in the Chinese market with the goal of achieving 50% of the LED lighting business in 2015. And accelerate the strategic transformation from realization of lighting product component manufacturers to integrated lighting solution providers.

Dongguan led the relevant personnel of LED switching power supply also expressed that, agree with the relevant ideas proposed by Philips Lighting and the outlook for the entire Asian market LED lighting market outlook. For China's LED power market, Dongguan Lianguan believes that with the Chinese government's emphasis on environmental protection and low carbon, and the green development requirements mentioned in China's 12th Five-Year Plan, the future of energy-efficient, green environmental protection is the mainstream of the lighting market. LED lighting complies with the relevant national development policies, so we have reason to believe that with the LED lighting market heating up, the LED power supply industry is bound to achieve rapid development.

During the exhibition, Philips and China Lighting Association, China Semiconductor Lighting/LED Industry and Application Alliance jointly initiated LED lighting China Development Summit dialogue, on policy formulation, industry-oriented, innovation and development and other topics of opinion, discuss LED lighting in China Prospects. In recent years, LED industry has developed rapidly in China under the support of the upgrading of the entire lighting industry and the support of national policies. Exhibitors have expressed that they will form organic connections upstream and downstream in the industrial chain, innovation chain and application chain in accordance with the laws of the market economy and the development of high-tech industries, and jointly promote the healthy and orderly development of China's LED lighting industry.

The Speaker Wire harness most are used in automobile, house applicance ,audio,video,radio,fuse wire ,game machine.Yacenter has experienced QC to check the products in each process, from developing samples to bulk, to make sure the best quality of goods. Timely communication with customers is so important during our cooperation.

If you can't find the exact product you need in the pictures,please don't go away.Just contact me freely or send your sample and drawing to us.We will reply you as soon as possible.