This time, Froomat brought the latest sweeping robot, the Zhijia series, at CES2017, which has far more powerful functions than the planned sweeping machine. 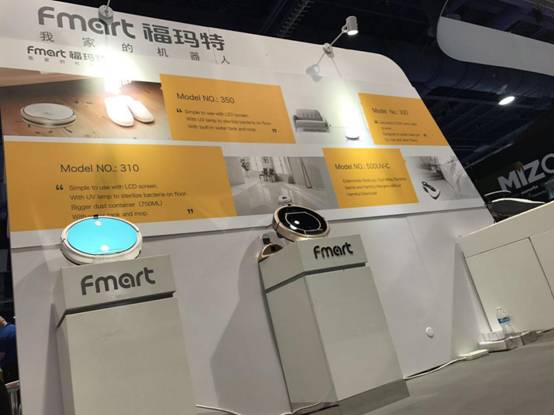 As the latest upgraded Zhijia series of sweeping robots, it has the most advanced path memory system. When cleaning, the map is built with built-in chips according to the terrain environment. The running time will accurately calculate and reasonably plan the route, and truly achieve precise linear positioning. "Smart-C intelligent cleaning system", even if the terrain of the room is more complicated, it can easily reach a high coverage rate of 98% or more, and the corners and corners that are easily cleaned by humans are also left in one place.

The two-layer radial cone cyclone of the Zhijia series robots generates powerful centrifugal force, which separates dust from the air and breaks into the dust box, which can absorb particles as small as 0.3 microns. The latest high-precision sensor is more capable of exerting the most powerful suction than the previous generation of brushless inverter motor. The special air duct structure can effectively avoid energy loss at the same time, bringing an unprecedented clean experience.

The Zhijia series of robots have a smart intelligent water tank system: not only in the wet drag, but also in the water according to the ground demand, the water can be autonomously evaded when encountering the environment such as carpet, but also in its "retractable" characteristics - when the robot returns When you go to the charging stand or standby, you will stop seeping water immediately and prevent any potential safety hazards.

The Zhijia series of robots adopts the latest upgraded Japanese imported noise-reducing motor to maximize the suction while ensuring near-zero noise, neurasthenic insomnia patients, or elderly children at home without worrying about being disturbed.

The 2017 CES show will open in Las Vegas on January 5th, when global exhibitors will gather together to release more than 20,000 new consumer electronics products. As the leading intelligent cleaning brand industry leader in China, Fumart is looking forward to your visit!