Two of the three virtual reality devices, Oculus Rift and HTC Vive, have been opened for purchase, and Sony's PS VR also opened a pre-sale in July, just a few minutes away.

At the other end of the VR market, developers are also busy creating fun and interesting content for the new computing platform.

A survey of 500 developers from the VR Developer Summit showed that 48.6% of developers are writing VR software or games for HTC Vive. 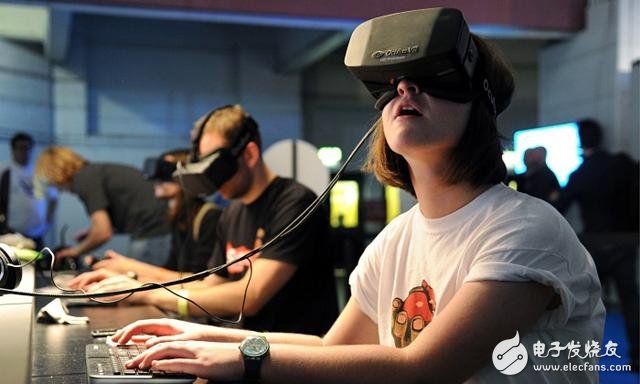 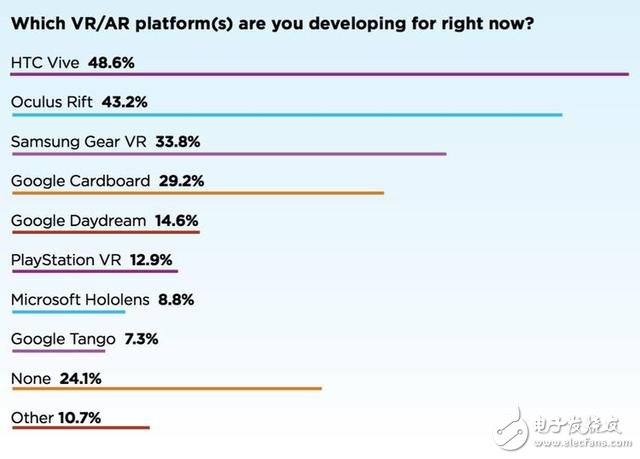 In contrast, Oculus Rift attracted 43.2% of developers, second only to HTC Vive.

In terms of mobile VR, Samsung's Gear VR and Google's Cardboard maintain a leading edge, but the Daydream technical standard released in May this year has also been supported by some developers.

When developers were asked which platform the next work would be based on, 34.6% of developers would continue to choose HTC Vive, which is more than 10 percentage points higher than the Oculus Rift.

Interestingly, Sony PS VR is not as popular as Google Daydream.

This is largely because the PS4 originally had a lot of ready-made console games that can be ported to the VR version without starting from scratch. And Sony has not been very good at maintaining developer relationships, and PS VR is the least configured among the three products, which is not enough for developers.

From a numerical point of view, HTC Vive is clearly more advantageous, but Oculus Rift as a second place is not much different from it. What's more, the pricing and slave devices of HTC Vive, Oculus Rift and PS VR are not exactly the same, and the market structure of the VR industry should change in the future.